The ugly duckling made with style?

What if I told you, that somewhere, in a far place, there lives a guy, who has a passion for the so called "Ugly Duckling" E46 Compact? Would you freak out?

Well, this is true, there is such a guy, and his name is Andrei Parhomenko. He's from Belarus and as a day-to-day work he does engineering. And his free time hobby is photography. 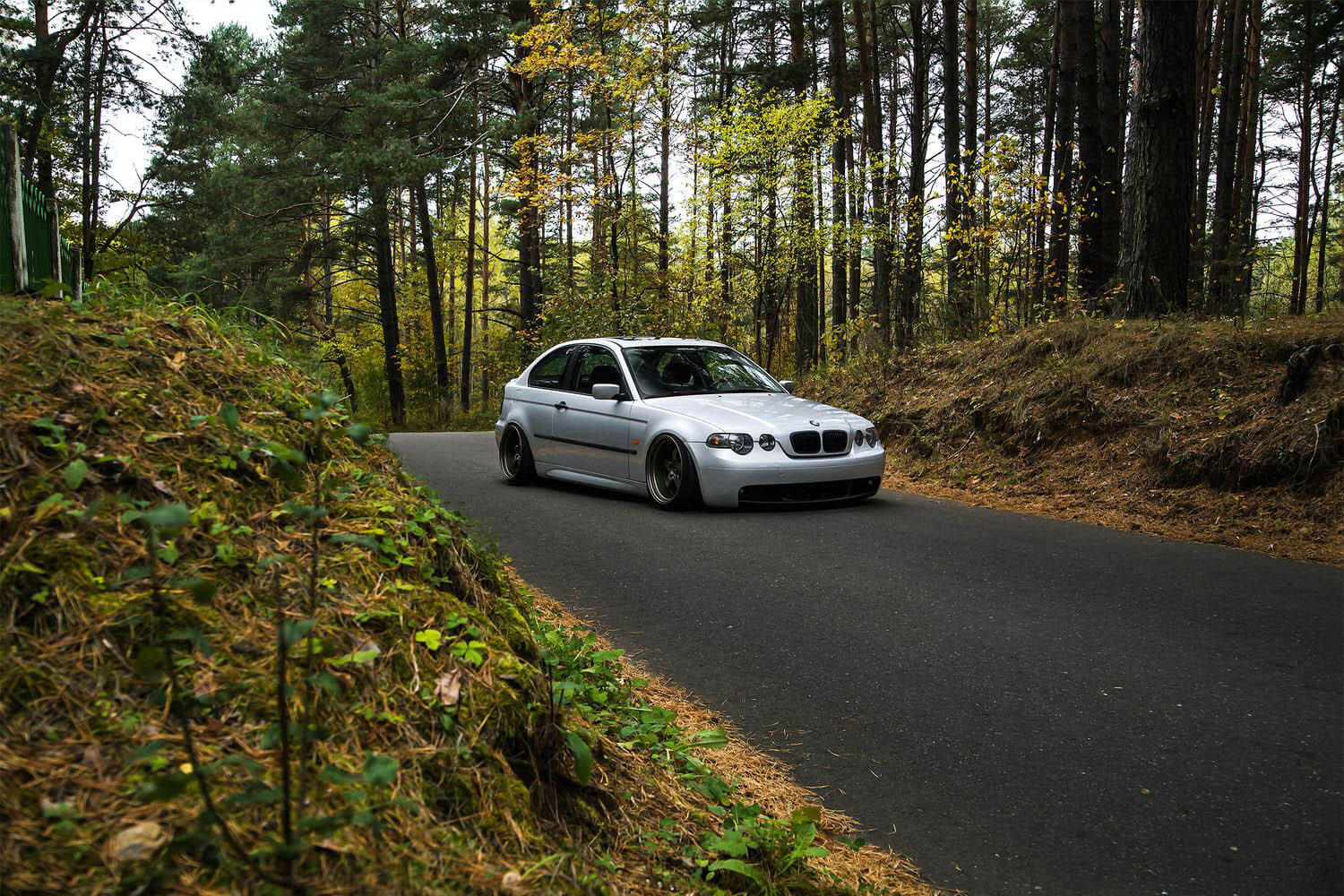 This is his daily driver, so all of the passion for cars is concentrated on one piece of machinery. Being young, Andrei always wanted a stanced car and growing up, his dream car was a slammed MK4 Golf. When the age of 18 was not far away - he started searching for his first car. 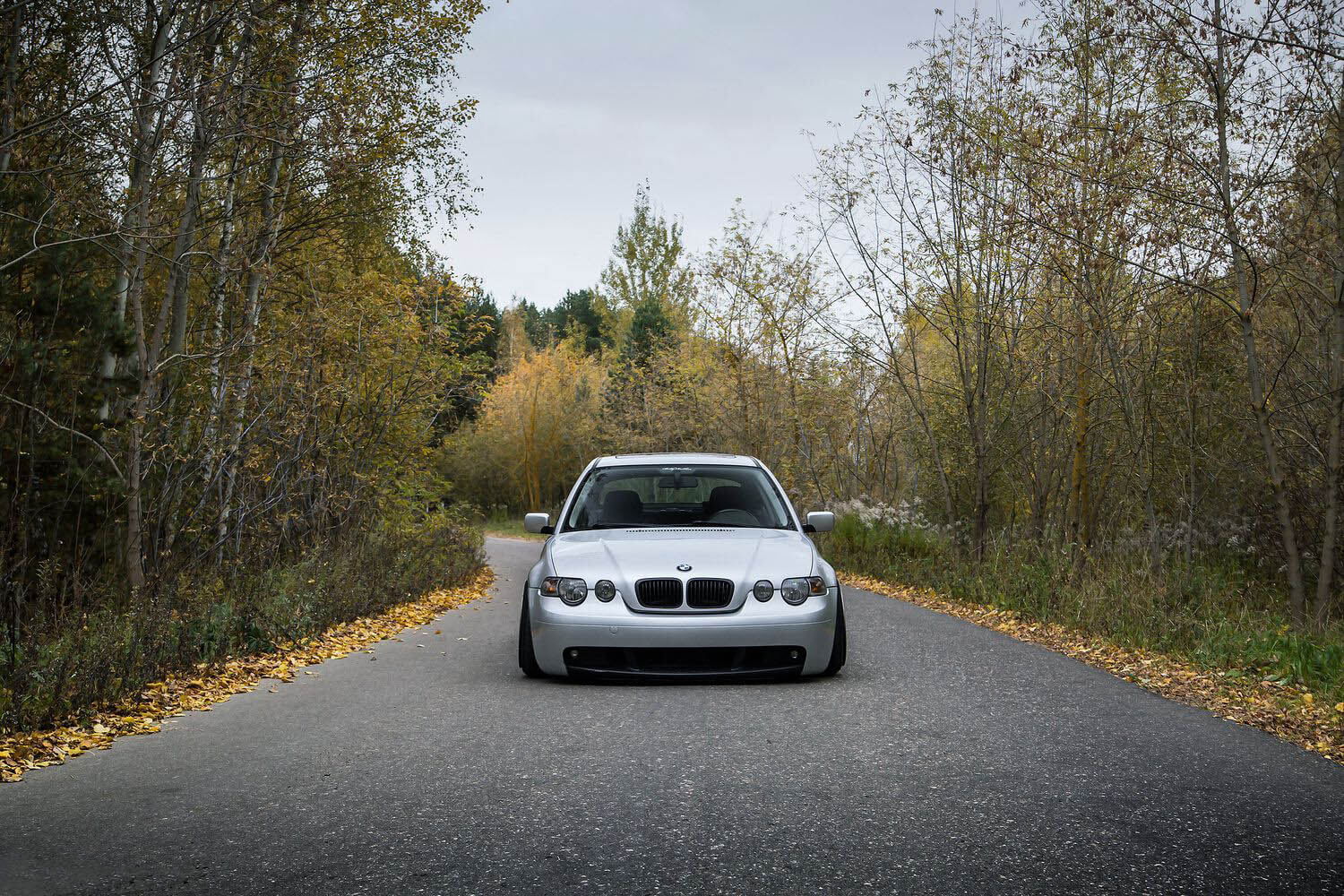 The search was open for the MK4 Golf. Worst case scenario, it could have been an MK4 Bora Syncro. But not finding anything decent, he was left with searching for alternatives. One of the cars he wanted was either a Coupe or a Compact BMW E36. 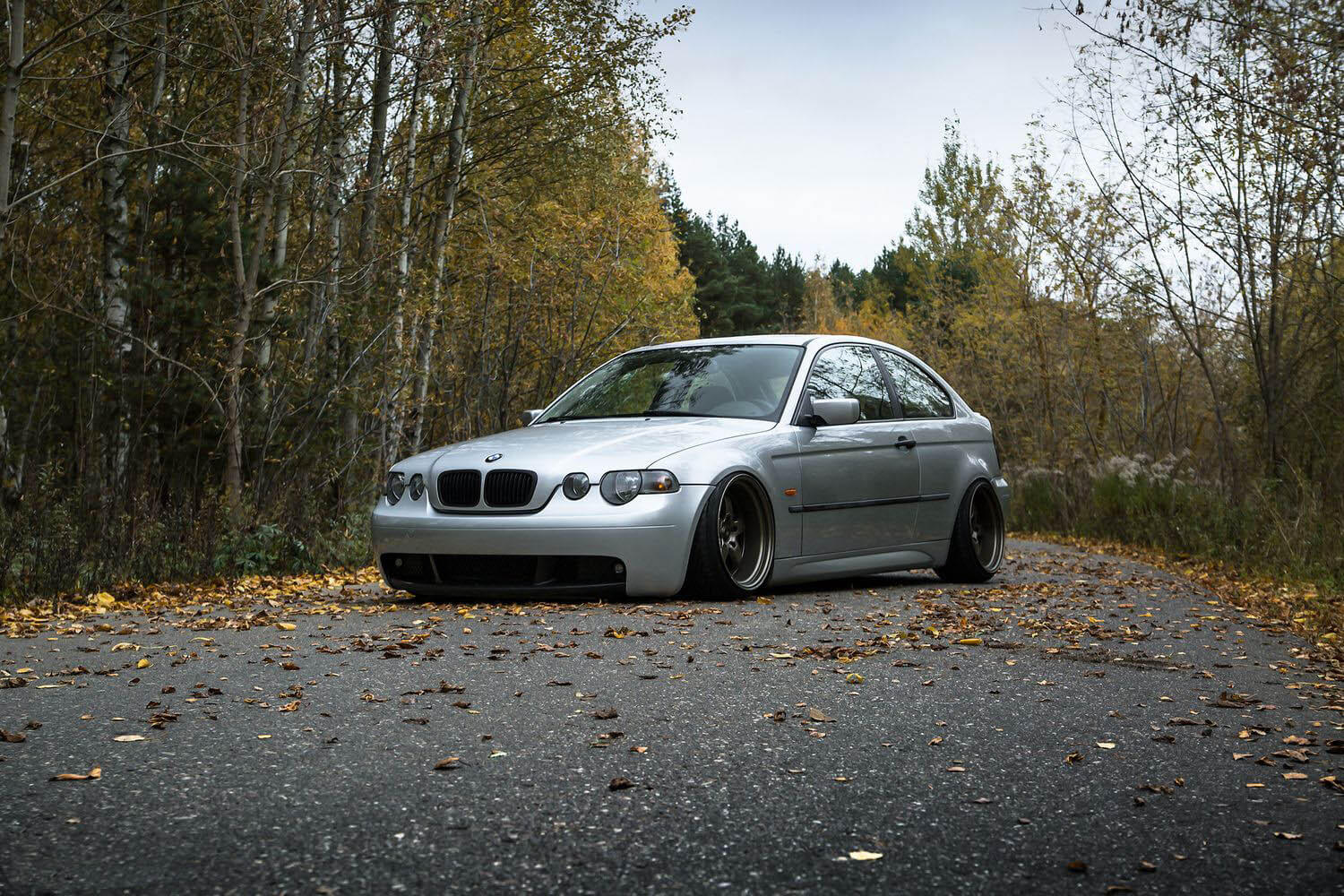 But everything changed after he got a call from a friend. He mentioned he had a friend selling an E46 Coupe with decent body and silver paint. And that they could take a look at it. With the meeting arranged - all that was left is wait. And when they arrived on-site - Coupe was nowhere to be found. That is how he met the Compact. 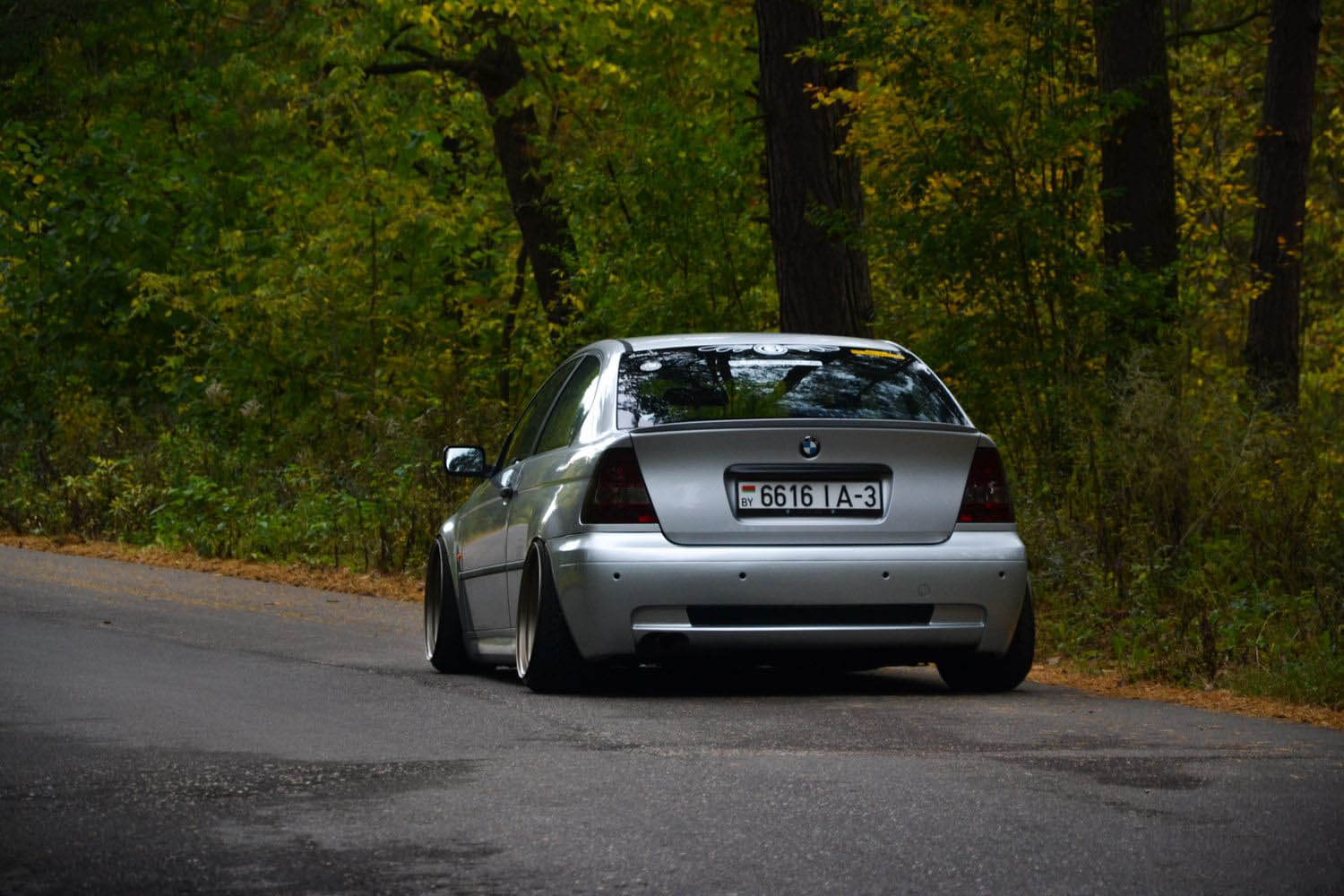 After some negotiations - the car was bought. And when he arrived home, the first thing he did - was Google E46 Compact Stance. He was greeted by a lonely search with only a few non-radical models. So he went to work. 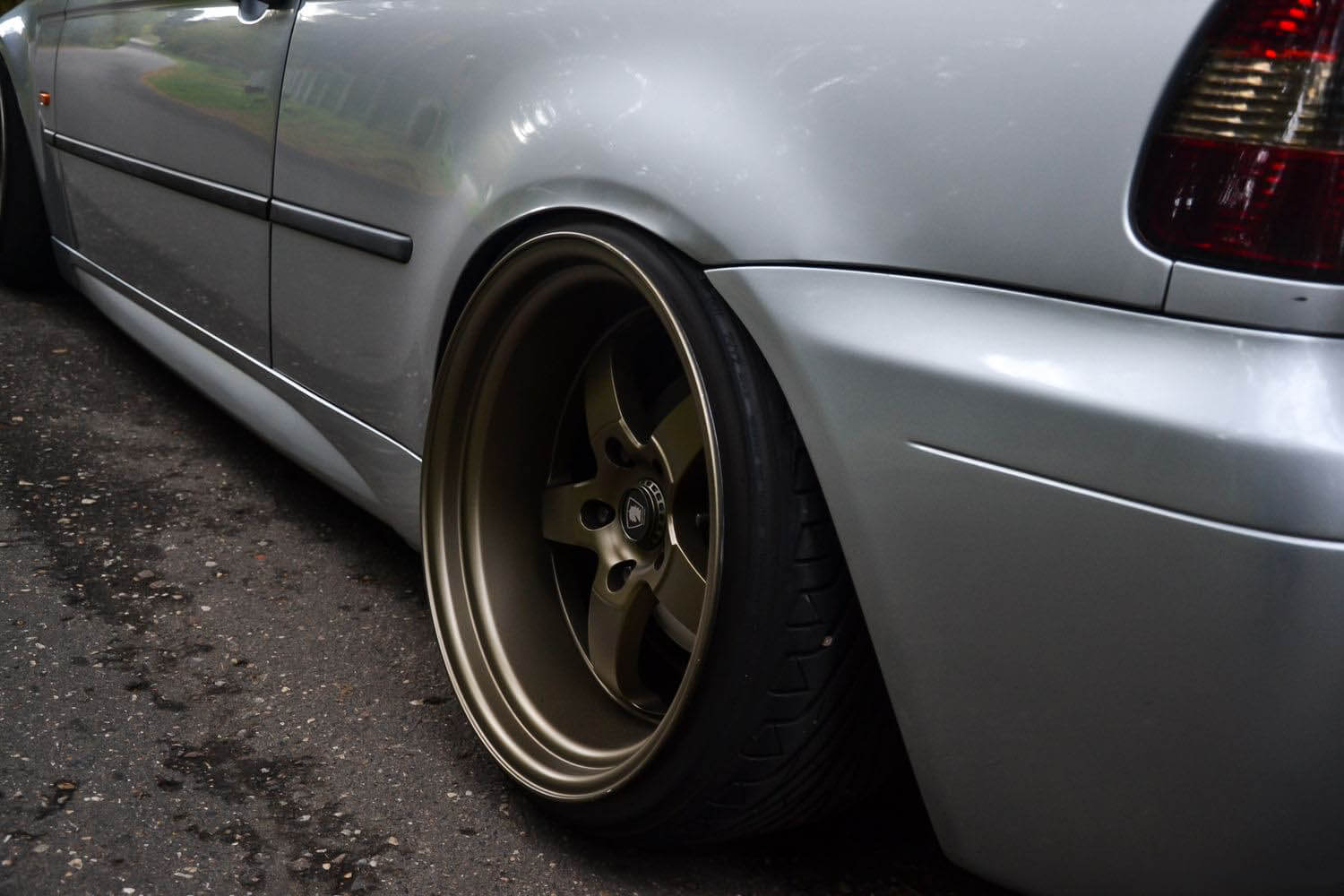 The idea was simple. Build a first stance project on the base of E46 Compact. At this point - his idea is accomplished, but he will not stop working on it, so in the future - we might see another feature of this car. Until then - good luck ;) 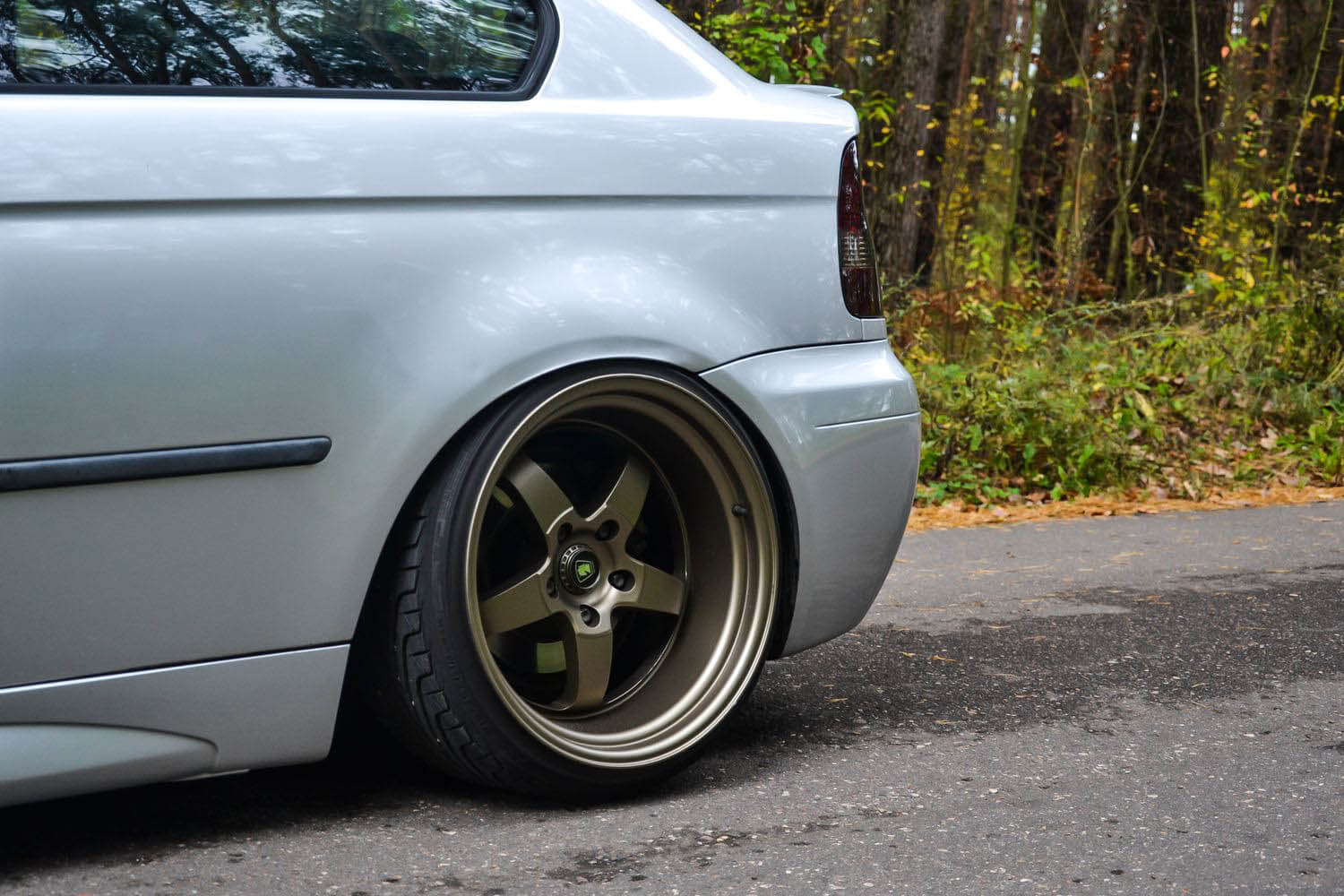