Today we will talk about one of the most famous Saint-Petersburg cars. Why it is so famous one must ask? Well, the owner of the car is the guy behind Evil Empire brand, also he is the one, responsible for most automotive shows, such as Royal Auto Show and others. His name is Ishan and this is his 400 HP Ford Mustang Shelby GT350 with a V8 under the hood, more known as the Evil Mustang. 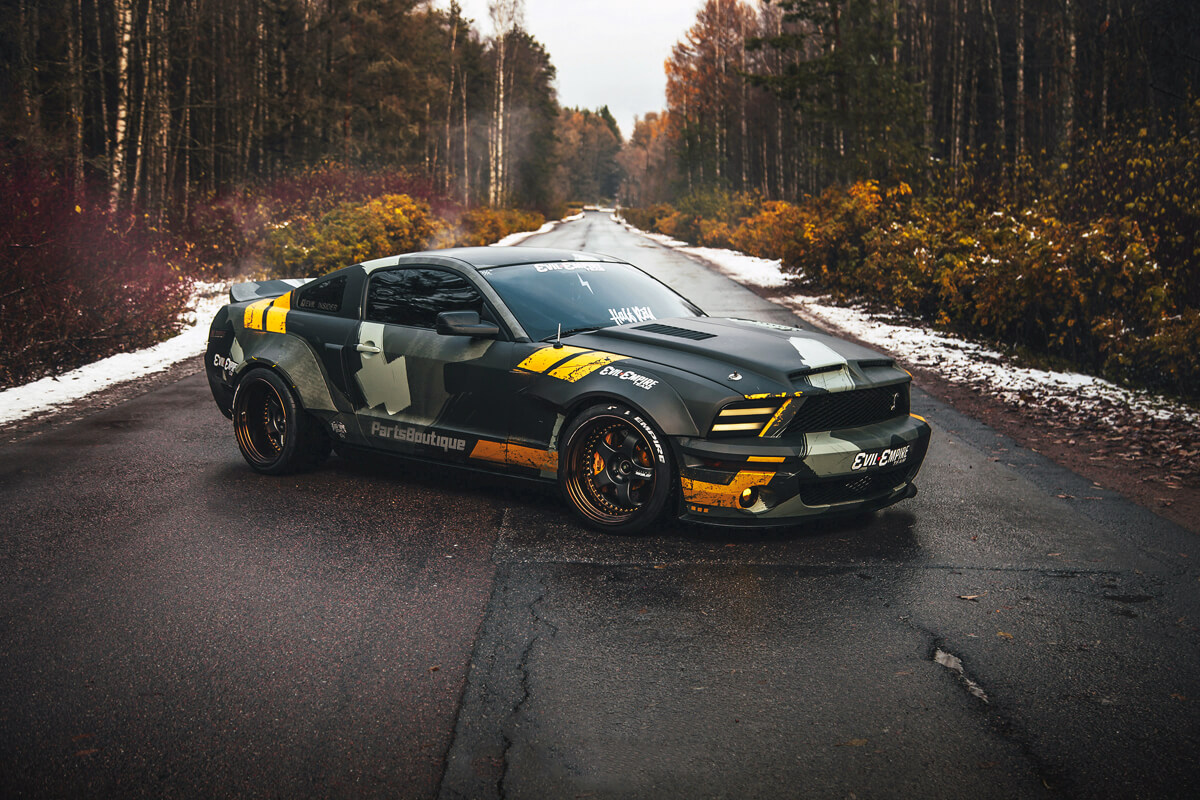 Ishan – is a person who has his work and hobbies in one pocket. But this is not what we are here to talk about, we are here for the latest iteration of the car. 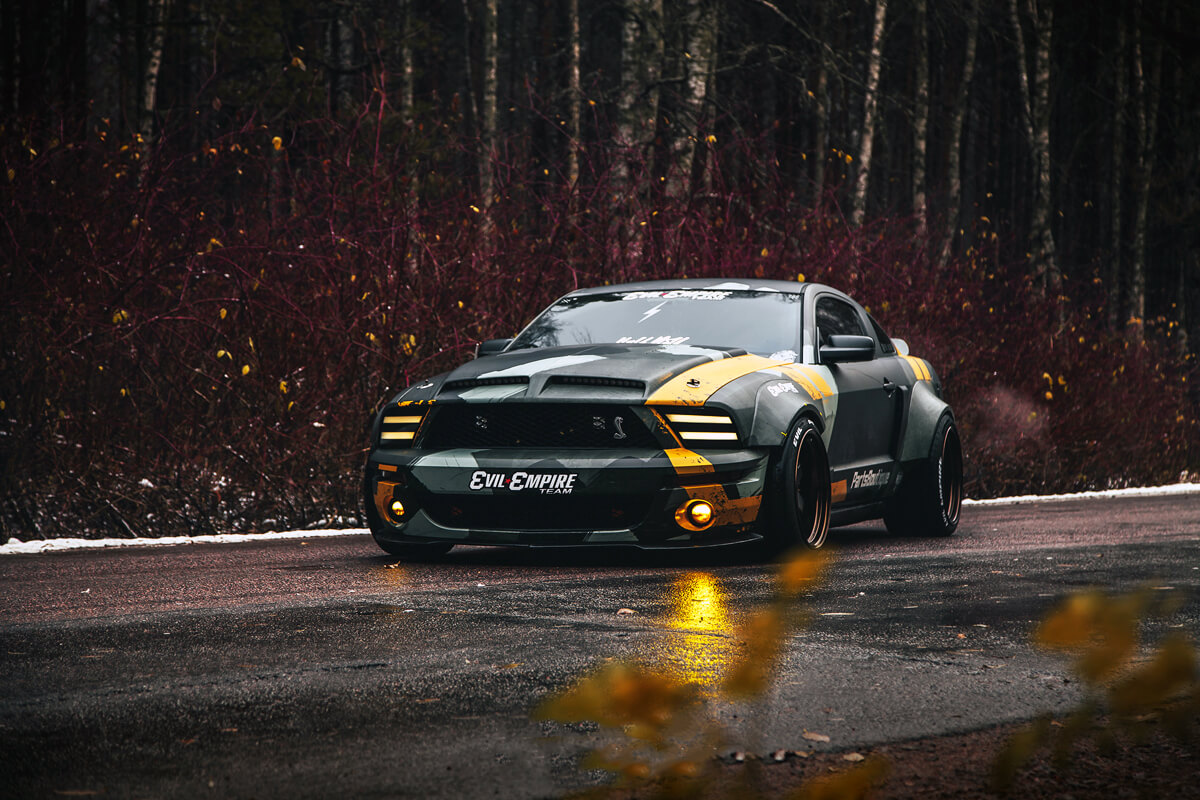 With the summer season approaching, Ishan started worrying about the new look for the Mustang, and with that in mind, he called his good friends at Parts Boutique. They are responsible for the current look of the car. 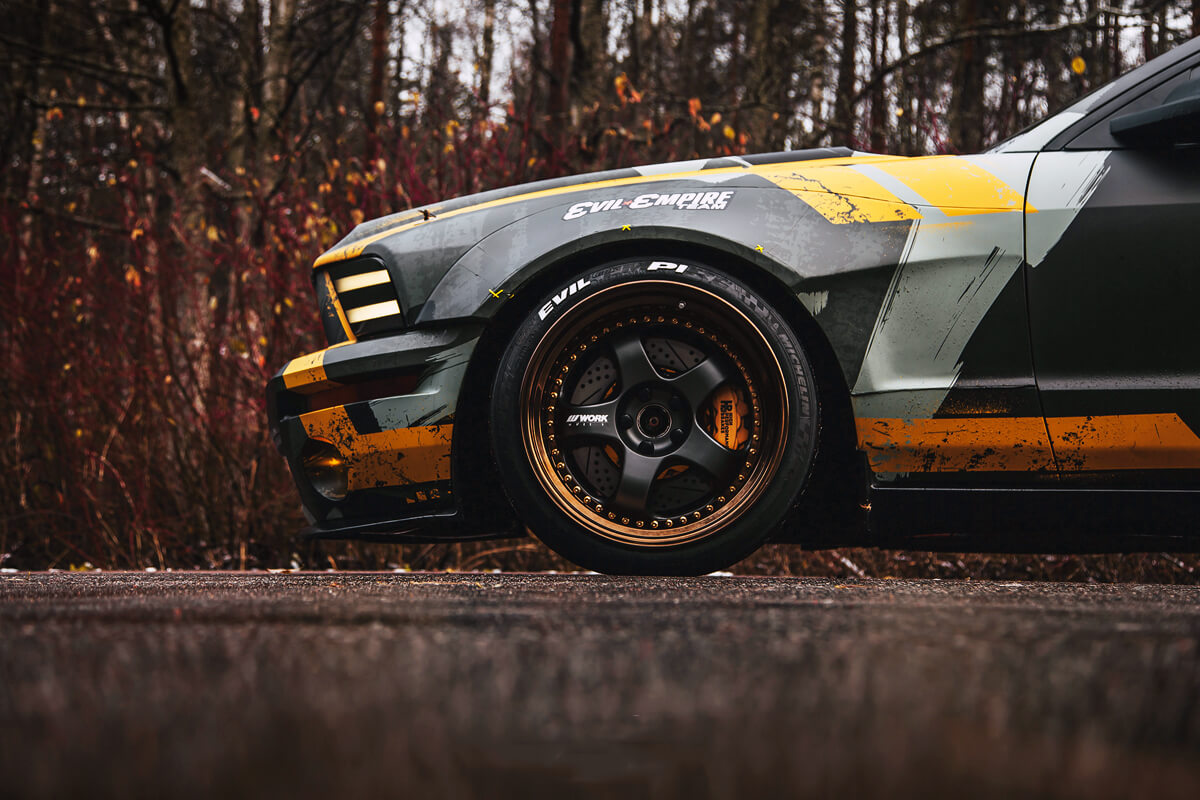 We all know that wheels are what makes any car look good, even Henry Ford told that 80% of car beauty is in its wheels. Actually, he told that the car has to be black and only black, but this is where we will take a different approach, let’s just stick with his wheels idea. So the wheels had to be chosen first. After long searches for a model that would look good, a set of WORK Meister S1 3P wheels with bronze lips and gray centers was sourced. The choice was perfect, and you can see that in these photos. 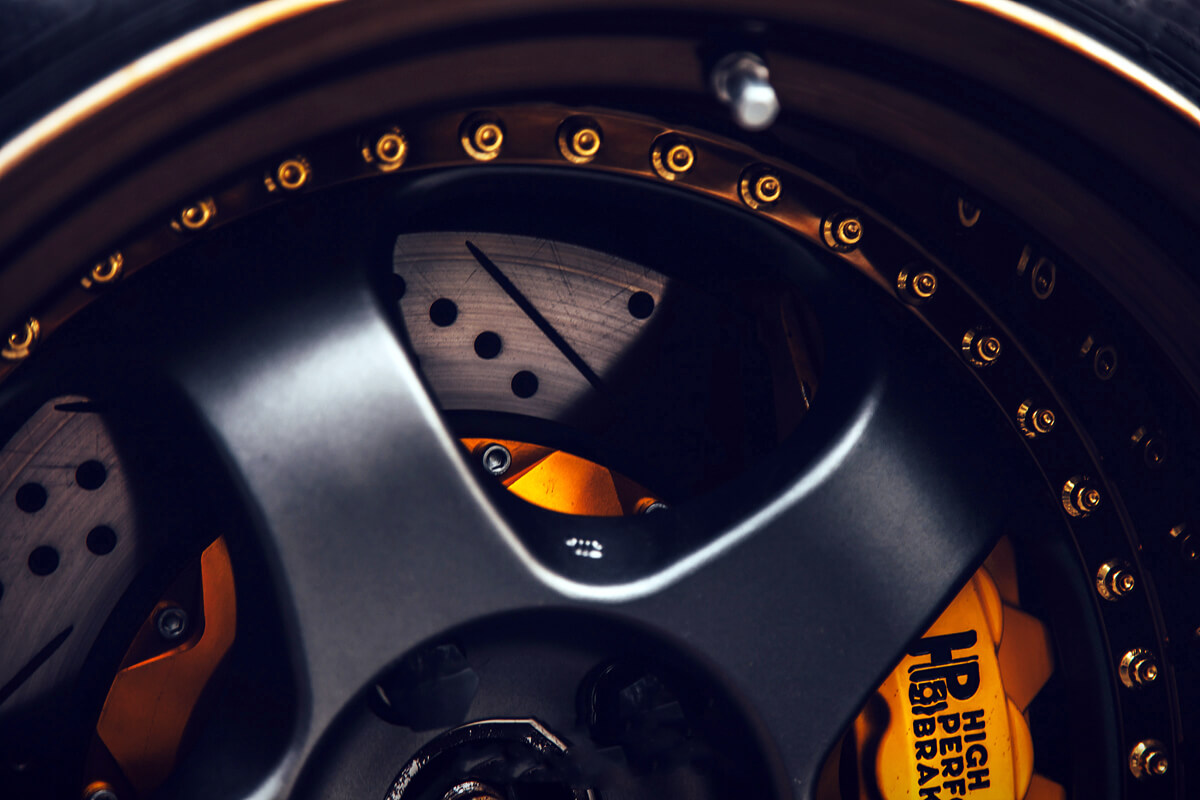 As wheels were chosen, the foundation for the project was laid. Don’t forget that we are here to build an Evil Mustang and that everything must look as good as the wheels. So the guys at Parts Boutique offered a crazy idea of installing a widebody package, something along the lines of Liberty Walk or Rocket Bunny. 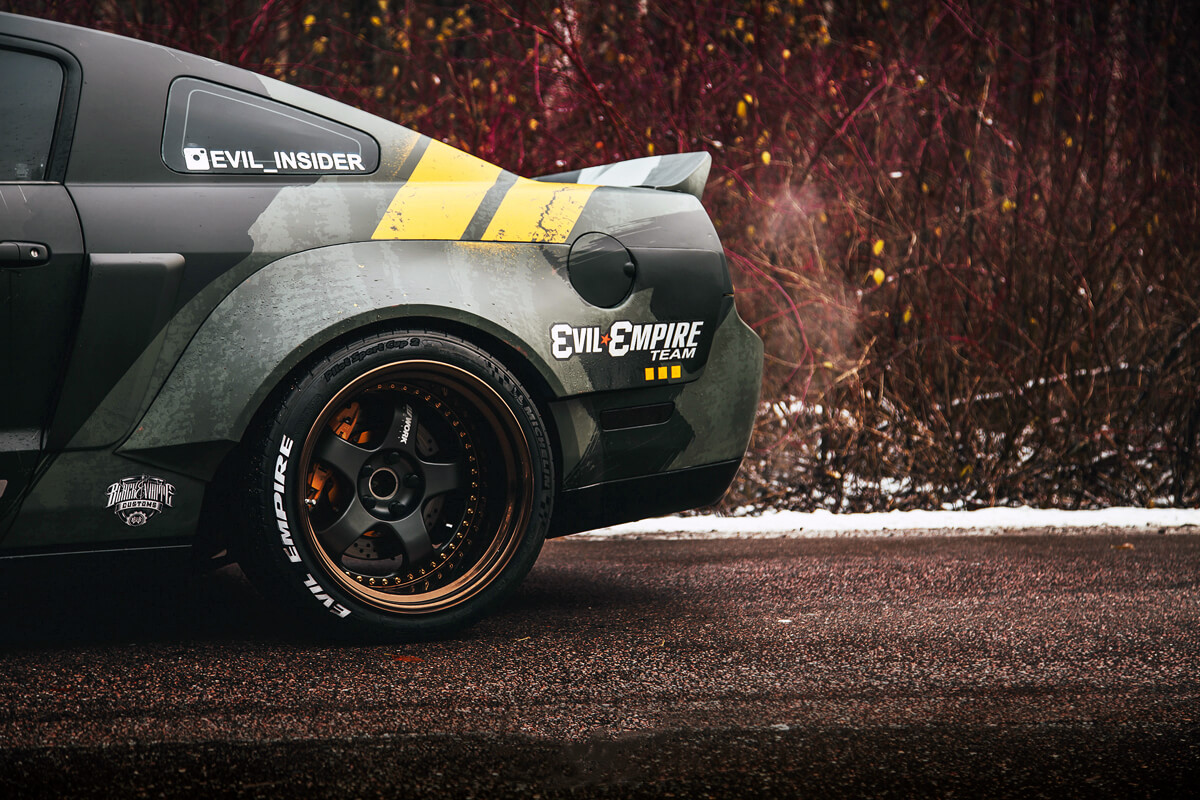 Ishan needed some time to think about it, but in the end, he accepted the idea. All that was left was to carefully measure everything, calculate all of the parameters, drink a lot of beer and then do it all over to make the wheels fit under the new widebody. And by fit – I mean flush fit, where the wheel lip is right on the edge of the fender. 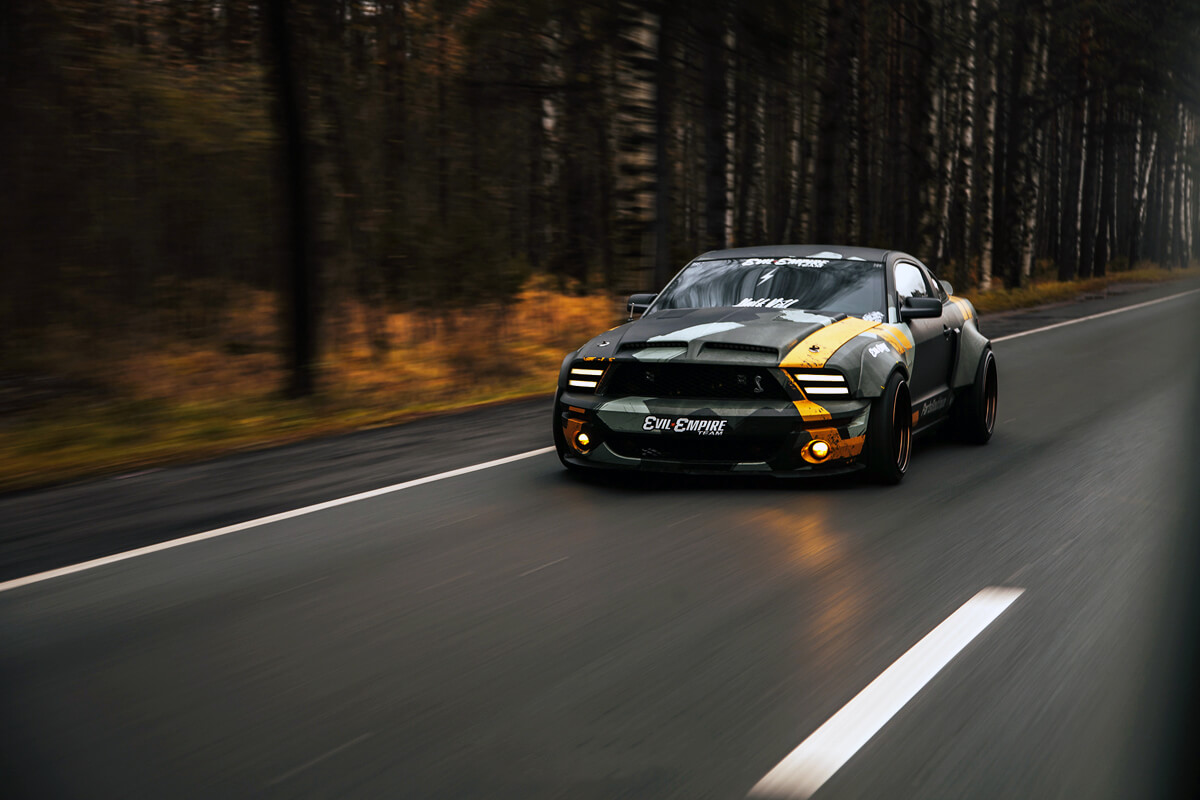 Parts Boutique perfectly accomplished the body widening process. Everything fit under the arches without rubbing, and in the end, the wheel specs looked like this – R19 10.5J ET20 up front and R19 12.5J ET29 in the rear. But fitment is not only about wheels – the tires had to be chosen accordingly. And for the stance we are aiming – not many options were available. But this is where the guys at Buywheels came through – they sourced a set of Porsche 911 tires, Michelin Pilot Sport Cup 2 245/35 up front and 305/30 in the rear. 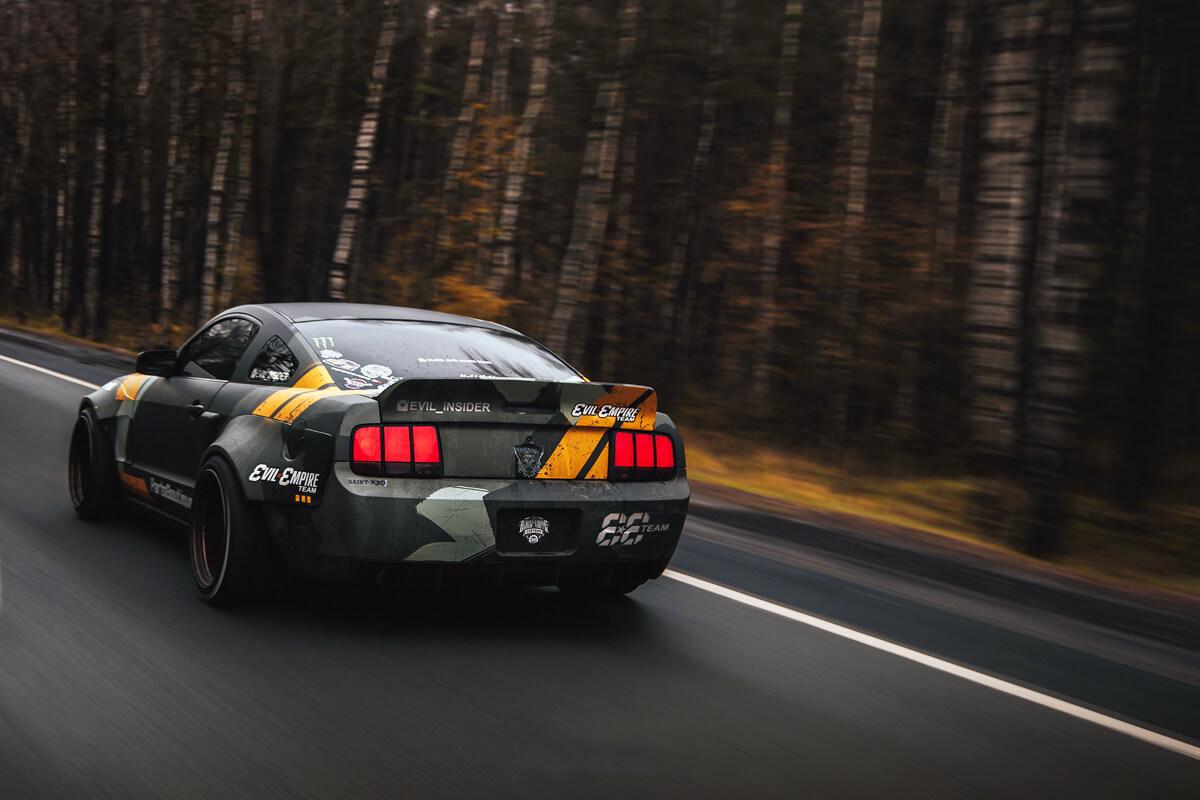 The suspension question was solved without any doubts – coilovers from BC Racing BR RA. These coilovers are perfect for this application since they are fully custom, you can order a set of shorter shocks and stiffer springs to get the ride height needed and still have a good ride quality. Additionally, the shocks themselves have 30 levels of adjustment, you can make them as stiff as possible! To finish it off – custom camber plates were made and added to the overall setup. 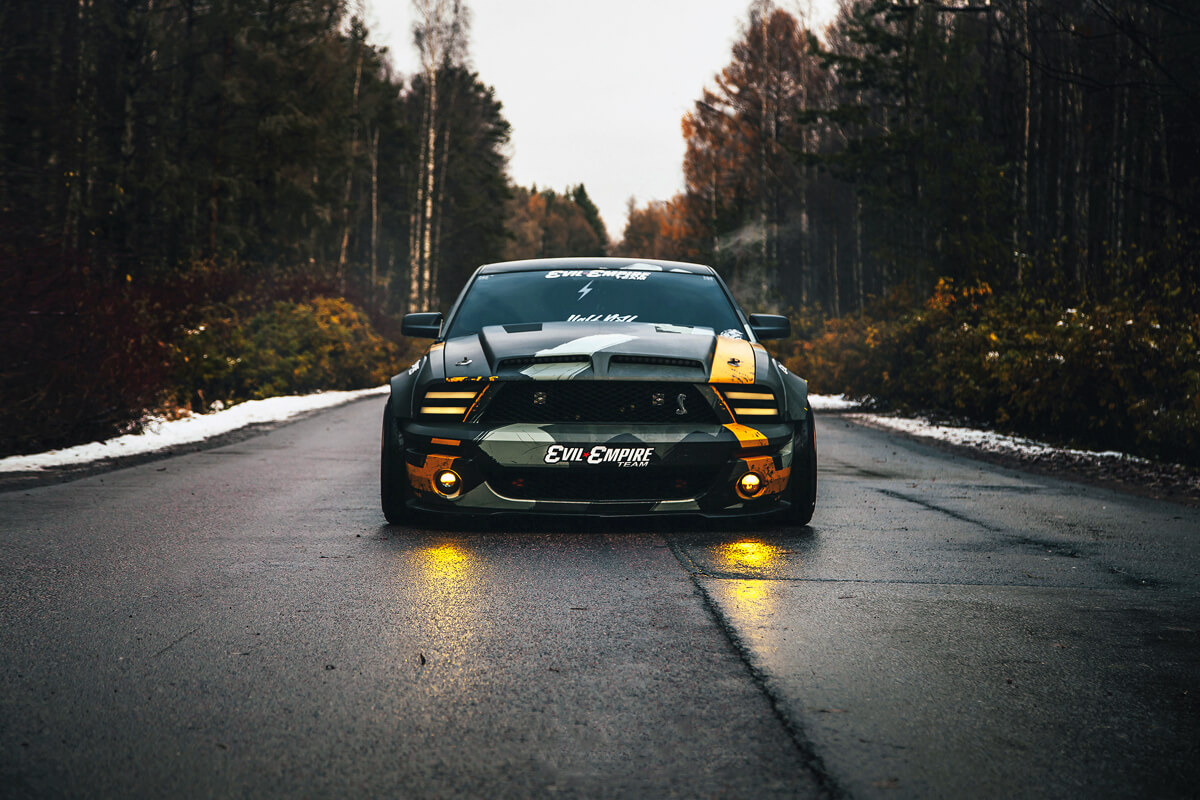 So there we have it, the Evil Mustang is complete and ready to conquer the streets with its new look and the growl of V8 under the hood. A big thanks to all the people that got involved in this build, without them the project would never be in the state it currently is! 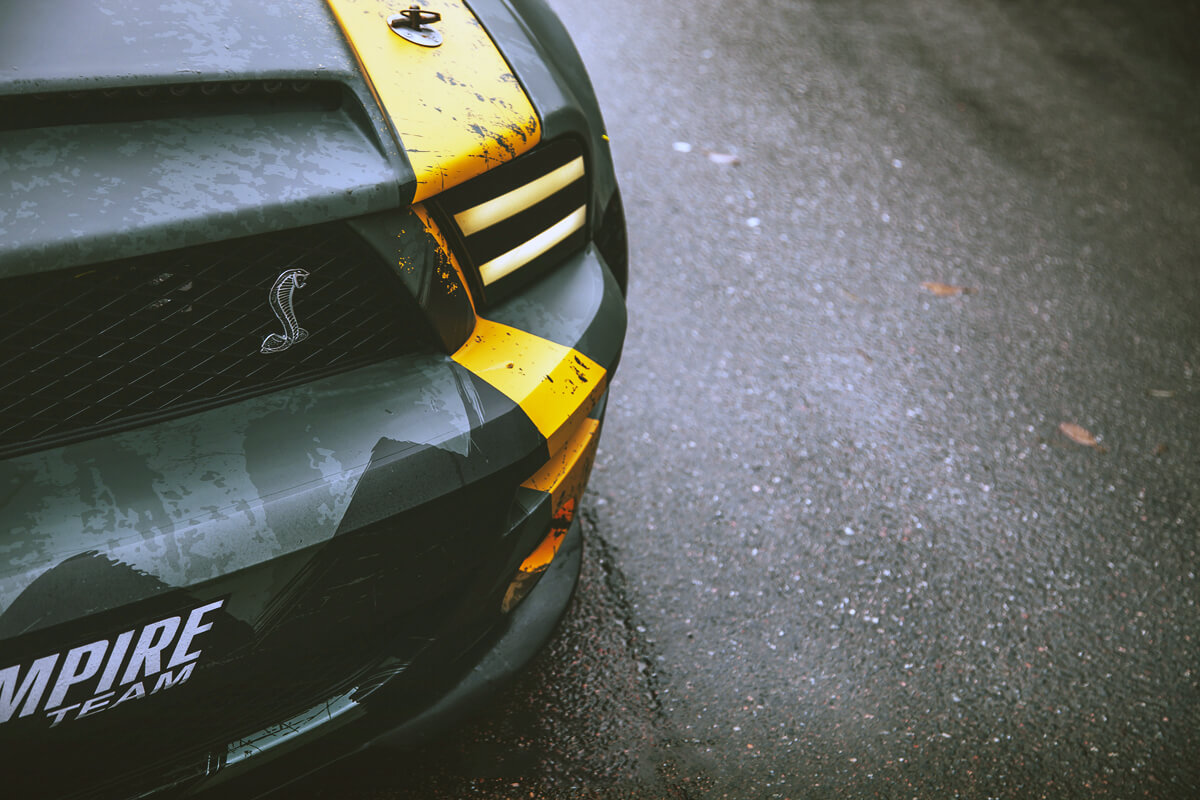 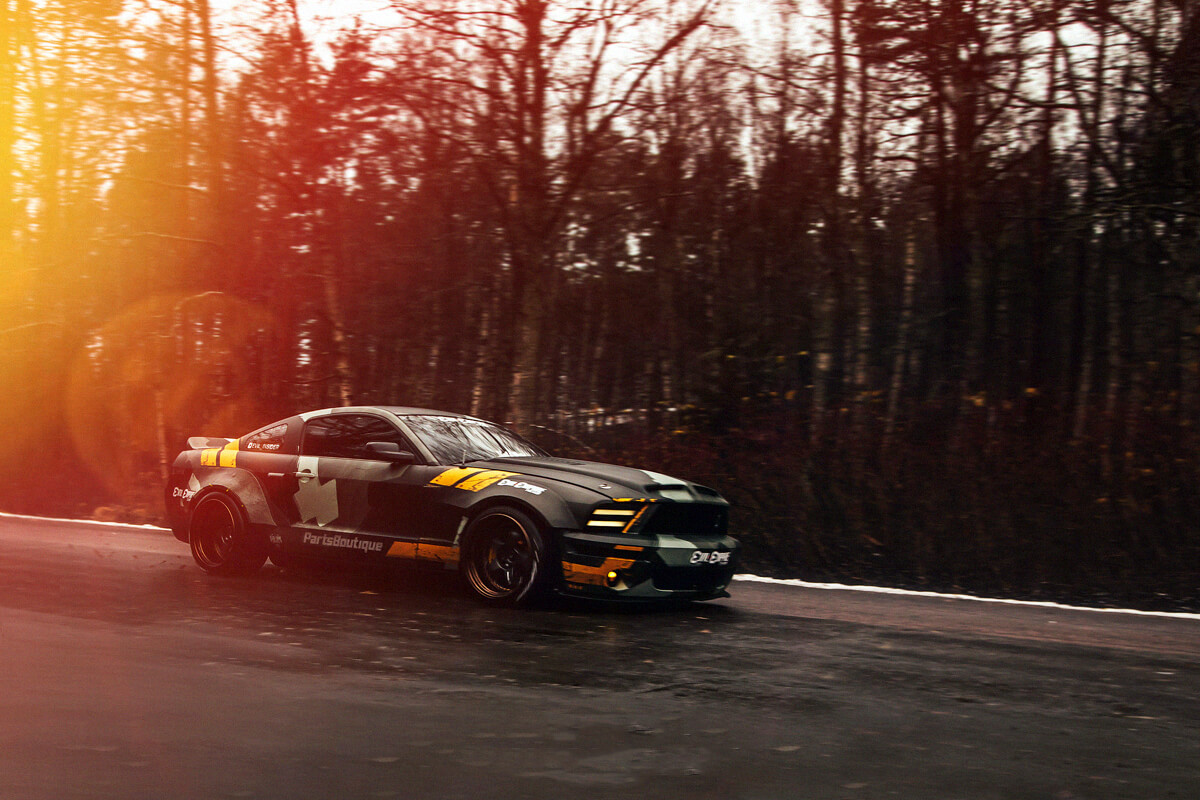